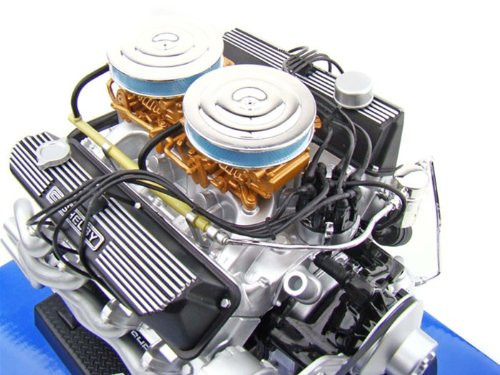 You can learn more here

Collecting model cars provide a great outlet for automobile to own a variety of different models of their favorite cars.

The die-cast models usually average 10 to 12 inches in length thus making them the perfect size for your bookshelf or other display cases.

If you are able to secure current Limited Edition releases and some of the older vintage models, you are making a great investment as these model’s cars appreciate in value.

This is a perfect way for a collector to make a little profit off a collection, but you have to be prepared to scope the market in order to know the best time to sell

How do i Start

While it can be an expensive hobby, getting started collecting model cars is quite easy.

If you are serious about becoming a collector of model diecast cars, you may wish to conduct some research in order to locate some of the online forums and message boards that are designed for those who are interested in asking questions and just generally discussing their hobby. you can search for them on google or in findaforum.net

Once you have enough information you can visit some of the online stores for great deals on models you are seeking as well as locating some helpful and informative books.

Most people think of collecting as something children do, but no matter what your age may be, collecting model cars can be a fun and exciting hobby.

There are even some people—male and female– who make a business out of a hobby that was once dominated by males.

This scale offers a wide range of models either as die-cast models or vehicle kits you can put together yourself.

The majority of collectors enjoy collecting models of a particular brand, racing cars of just cars they love and previously owned.

When you begin looking for your first model car, you will discover some of the most beautiful models are the classic cars that were built during the 1920s and 1930s especially the Rolls Royces and Bugattis. There are several miniature vintage cars available for sale if you conduct some research. While the hobby of model car collecting is fun and exciting on its own, it also opens another avenue: the potential for collectors to develop relationships with other collectors. The community is one of camaraderie amongst collectors who are more than willing to help other collectors find the rare model car they are seeking.

How did it all get started?

The origin of model car collecting goes back to the post-World War II era and the Ace and Berkeley wooden model cars.

Derk Brand in England is responsible for the production of a 1932 Ford Roadster, the very first plastic model car kit.

His later contributions included the production of model car kits for both the Gowland Brothers in England and Revell in the United States.

As a result of this early interest in model cars, the majority of auto manufacturers provided their dealers with promotional models on a scale of 1:25.

The trend escalated as children got to play with the promotional model cars and either traded them or engaged in collecting them as a hobby.

The hobby of model car collecting really gained popularity in the 1950s and 1960s when promotional cars actually became a profitable venture.

This was during the same time that AMT, Revell, Jo-Han and Monnoram started producing model cars.

The model car kits that are available in today`s market are much more technologically advanced and include intricate photo-etched details, adhesive chrome foil to show the chrome trim, wiring for the engine and aluminum billeted parts.

The kit is designed so the collector can add details to the model car so it closely resembles an authentic car.

These model cars are called Dinky cars and come equipped with die-cast alloy bodies and rubber tires just like the kind you find on real cars.

In order to make them appear even more authentic, the model kits come with drivers and passengers. During the World War II-era some manufacturers designed some unique military cars that were equipped with tanks, caterpillar tracks, and rotating turrets.

Model car collectors frequently auction off the rarer models some of which sell for thousands of dollars.

In today`s market sellers of diecast model cars can obtain the maximum profit with the NASCAR diet cast models gaining the most popularity with model car collectors.

It is important for those who are new to collecting to realize it will take some time before they will be able to accumulate the entire collection.

Another thing for beginners and all collectors to remember is to only collect those items that you really want to own.

It can be very expensive to engage in the hobby of collecting model diecast cars, so you only want to collect those models that you really love which is why most collectors do a great deal of shopping around before they invest money into a new item for their collection.

By taking the time to shop around they can trade the cars they purchase easier or sell them at a higher profit than they would if they rushed into a transaction.

Experts advise against staying with one specific type of diecast model.

They feel having a diverse collection is more beneficial for those collectors who wish to make a profit off their hobby.

While it may appear you are getting a bargain today, that very model may appreciate dramatically over the next few years.

Purchasing older die-cast car models is an excellent way to not only add a new model to your collection but also to earn you a substantial profit in the future.

It doesn`t matter if the model looks outdated—there is always the possibility that there is a collector looking for that particular model in order to complete a collector or sell it to make a profit.

Where to find model cars

It may seem strange, but some of the best deals on die-cast model cars are in flea markets, on eBay and other auctions sites and in forums dedicated to model car collecting.

These resources can help you locate some of the pieces you may need for your own collection as well as help you develop contacts for any models you are seeking to resell.

If you are not familiar with how the bid sites like eBay work, the short training lesson is you set a starting price for bids.

Collectors will begin to place bids, and if the demand is high enough you can earn a pretty nice profit.

Some people who sell on auction sites also choose to set a reserve price which means if there are not enough bids to meet that minimum price (the reserve price) the seller does not have to sell the item even to the highest bidder.

While many people do choose to purchase die-cast model cars in department and hobby shops, those models are not as well constructed as the ones you are likely to find in a collector`s shop.

Collectors who are also interested in making a good profit with their hobby need to develop their negotiation skills so they know the best time to sell.

Another thing that is important to know about model car collectors is they can become very focused when they are looking for a particular item to add to their collection.

They will do whatever they need to do, and some will pay whatever the price is to find a model that is not readily available.

It is understandable that a rare diecast model car can be quite expensive, but for those who are patient, it will eventually find its way into their prized collection.

At one time collectors could only find collectible model cars at auctions, estate sales, or flea markets, but the Internet has changed all that. By spending some time on the Internet it is possible to find even those very rare models that are otherwise almost impossible to find. Once you know what item you are seeking, you can go to some specific websites in order to quickly find what you what or obtain sources of supply. The longer you continue collecting, the larger your collection will become. Over time you can build up a collection that has the potential to be worth a fortune at some time in the future.

Many serious collectors look to make entire playsets out of their model car collections. they buy dioramas, gas pump replicas, garages tools and so much more.

In order to accommodate these collectors, many manufacturers offer items such as toy restaurants and filling stations.

While these items do not come with the model cars, you can buy them separately if you feel inclined to do so.

Another optional item is the toy raceway that is sold for die-cast cars—these have become much more complicated in recent years and now involve loops and extremely complicated curves.

Carrying cases are also available and are designed specifically with children in mind so the little ones can travel without having to leave their cars at home.

Die-cast metal cars that are assembled at the factory and build to scale are becoming more and more geared toward adult collectors instead of taking on the aura of a toy.